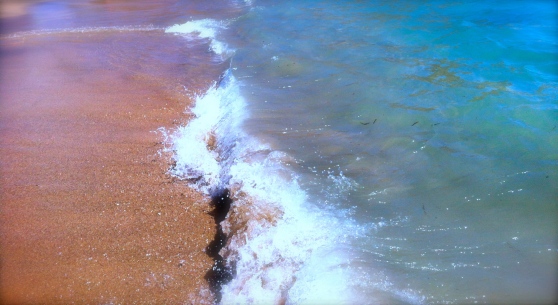 This is a fairly random post about the greek goddess of love and beauty, Aphrodite. She is generally depicted with golden hair, blue eyes and red lips, and her symbol is a dove and a heart. I once wrote a description of her in one of my stories – “beautiful Aphrodite, with her golden locks, blood red lips, sea blue eyes, and white dove”. Some more things I have written about her are below.

I did a thing like this about each god and goddess at the beginning of a book of greek myths I wrote:

Goddess of: Love and beauty

Daughter of: Born from the blood of Coronus  falling in the waves, or in other versions, simply the sea.

Represented with: A dove, a heart, a rose

I also wrote a piece of poetry about her birth; it’s not really proper poetry because though it does rhyme and sound pretty it doesn’t pay hardly any attention to syllables. I’m not really any Tennyson!

‘When morning sun rise up above the waves,

And paint the white sea-froth pink and red-gold,

And sea-nymphs fair-of-face  sing in their caves,

Gentle blue waves unto her pearly limbs themselved did mould.

Round her soft white milk throat a necklace hung

The coral, red and smooth. How sweetly then she sung!

Her hair like a golden mantle round her floated;

That with the frothy white sea foam blended,

And she in a shining white shell made her seat

While on the shore the maidens waited, her to greet

Sea-blue and rose-pink silk was in their hands,

So fine a colour, fine a silk, so intricately patterned,

Sweeping, trailing on the ground in soft golden sands”

And now,  this is a story I wrote about her birth:

Who saw Aphrodite’s birth? The rocks did, and roaring tide. Who saw the golden-haired goddess rise from the waves? I did. The rocks did. The sea did. And Botticelli did, for if he had did not how could he have painted such an accurate picture? Well, whether he did or not, whether the tide saw it or not, whether the rocks saw it or not, I did. I did, and I am going to tell you about what I saw.

It was a dark, stormy night, with sea as black as the sky above, and I, Artemis, virgin goddess of the moon and hunting, was driving my silver chariot across the dark sky; for it is my duty to give the poor mortals a beam of shimmering light on a dark night as this was.

All night I drove the chariot, and those who saw me said my dark hair was lost, camouflaged in the dark of the night, my white, silvery skin shimmered in the light of my own moon, and my beautiful, strange, wild dark eyes filled with the terrors of the forest glimmered with moon light.

It was true too, especially the part about my eyes. They were my pride and joy, and before Aphrodite came along, I was the most beautiful of all the gods.

Yes, I was there all night, driving my chariot back and forth, to light the way of a poor old couple I saw on earth. But it was when I was driving it back to Olympus, to make way for the sun god to rule the sky, that I saw her. The waters had calmed now, but they were still the colour of the sky, though now both sky and water had changed to a beautiful shimmering pale blue. White foam was dotted in the water, and the waves rolled on the sand, whispering, whispering, whispering; whispering words, and if only mortals would have listened, they could have learnt much from the waves.

It was then that it happened. A drop of reddest blood from Cronus, Zeus’s murdered father fell and polluted the water, turning it an ugly purplish red. But it soon cleared again, and was back to normal – except the one spot where the blood had fallen. That, though it was a pretty colour again, had started to fizz and buzz and cough up foam, and all of a sudden the waters parted, and there rose out of the water a naked lady. A lady so divine that the gods turned to gaze at her, and love her. Her skin was as pale as the foam of the sea she had come out of, her lips as red as the drop of blood that had caused her birth, and her hair was simmering and golden, and the very end of it was blue, so that you could not tell which was her hair and which was the water, so combined were the two. Then she stepped into a beautiful pinkish shell, and twelve beautiful dark-haired maidens dressed her in a pale pink robe with a gold pattern of waves around the edges. And Hera, wife of Zeus saw her, and brought her up to mount Olympus, saying that as she was as beautiful as a goddess, and was born from Cronus’s blood, she could share Mount Olympus with them.