Here you’ll find poetry written by me, illustrated with some of my best nature photos. There are four different categories – Sea to Sky: Time and Eternity, (themes of time and eternity in Nature) Mountains, Wind and Weather, Flowers, and Dawn to Dusk (themes of memory and transience, starting with poems and photos about the morning and ending with the evening.) Some of my personal favourite poems are The Ammonite, from Sea to Sky, Snakehead Fritillary Flowers from Flowers, and Sighting a Tawny Owl in the Garden at Dusk, from Dawn to Dusk.

Sea to Sky: Time and Eternity 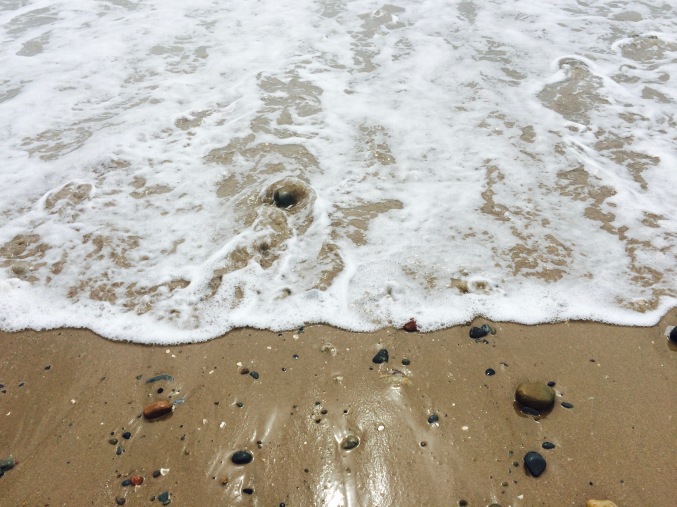 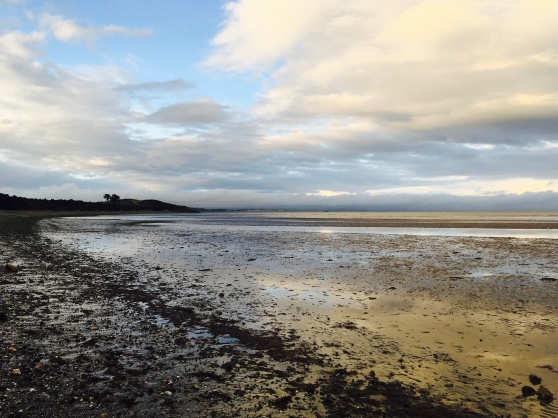 Ever the pale-sand blanching dry

And the pale-winged sea birds’ flight

Ever the wave’s retreating sigh

And the fair-foam frothing white

Ever the cawing sea-gulls’s cry

And the sunny wave-top bright

Ever the silvery waters lie

At the dropping of the night

Still they lie – close to the sky

In the softly fading light

Steady while the years go by. 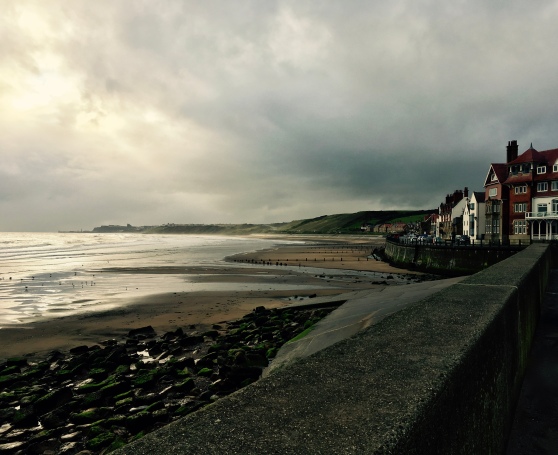 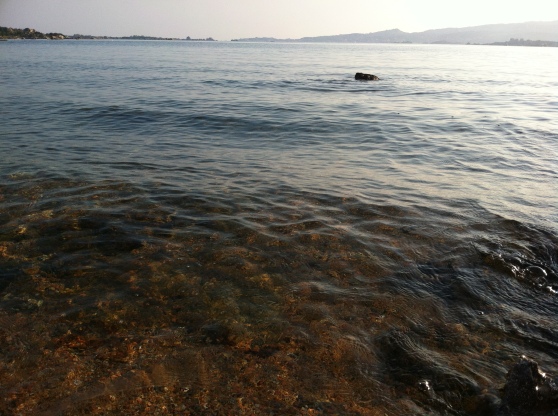 They ripple and ripple

They sway and sweep

In silver – but quieter

They ripple and ripple

Between tides the sea 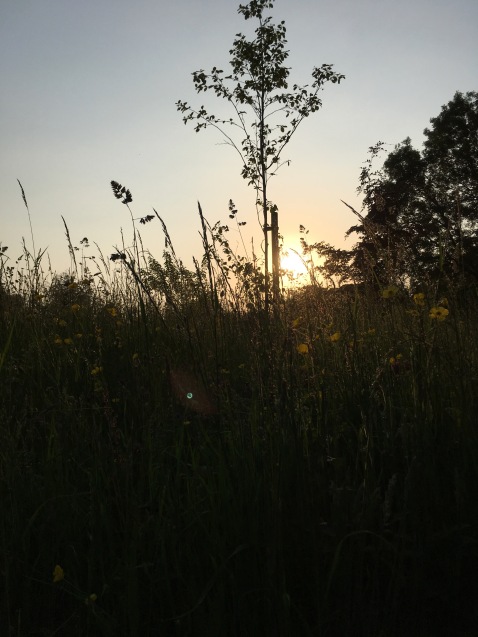 Is trapped in the middle of a daisy

In the green grass

At evening it all

That’s given with the words, 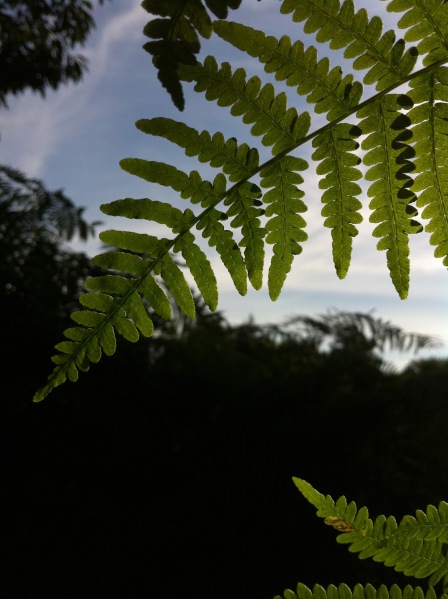 The Woods Outside Hardy’s Cottage

The trees are standing – sharing

Secrets with him – kept safe

In the damp, slow-breathing air

Of the forest. Leaves lie

New leaves – old for the year

They once where new – but sprouted

From old, old substance and bark

As time turns round and round

The rowan patterns the grey

Of the low-fallen sky with black 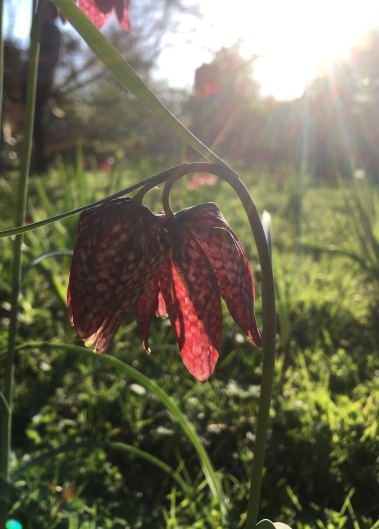 Hang their heads on thin green

In the shadows. Now a

Here the buds are weakly

Careful set of the petals 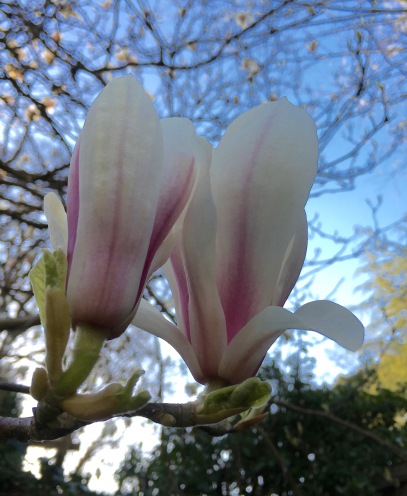 As white as a feather

So thick and slow

Or face of moon

Looking up the dolls eyes 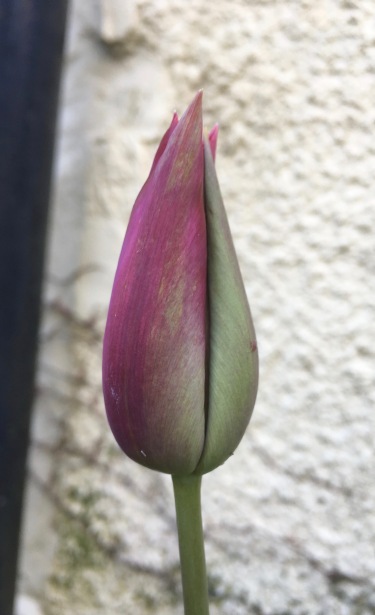 Twisted at the top

It was smooth green and pale

Deepening to the top

Which now was fast un-twisting.

It then was flecked with nightly purple

In cracks up to the top

Between the saving green

The deep, fair silk with depth was showing

In light of evening-time

The light on the silk was changing, like stars on the shore-bound wave

It stands just at my door

Within a garden pot

And now the nightly luscious twist is calmly quietly opened 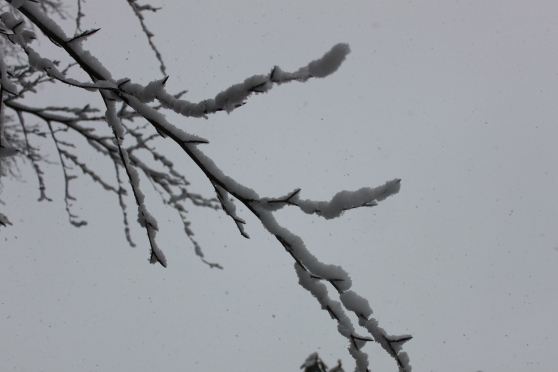 Carry on the air –

Twirls them by – so

Gathered in a sky!

How can it hold them?

Vast as it is! 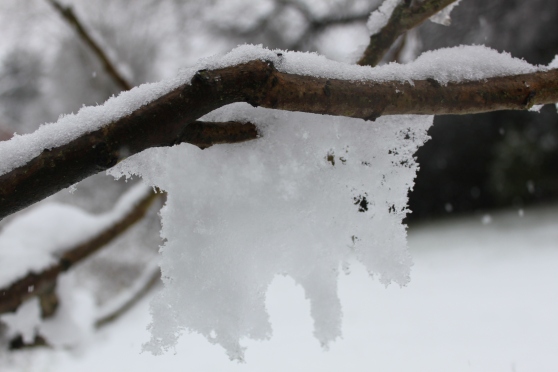 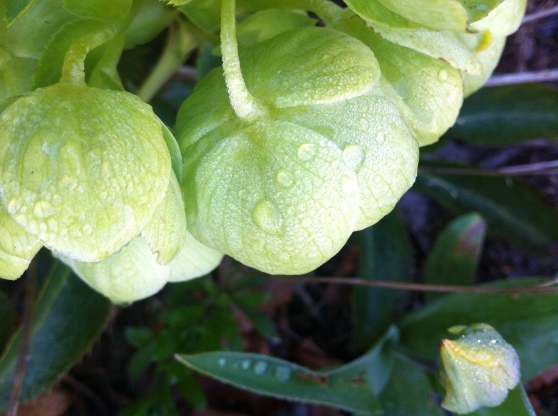 Cold as an empty hearth

Down the window crawl wet snakes

Millions land in the blink of an eye – and

Have I thought for each?

Just the same as flitting fancies

Joins five more, and grows into a

Drop. Through the pane 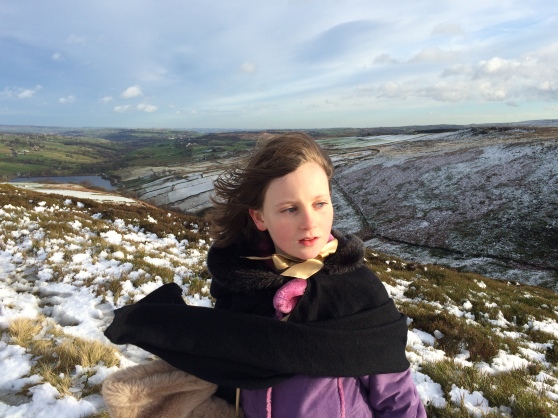 Of heavy velvet over the view

Is distantly flecked with dying snow

The voice of wind is lion unleashed.

The air comes big and cold and stinging

The ground is stumbling under the wind

The fast-expiring snow is clinging

The wind is always passing through

Yet stays to rant and roar and blast

The clouds are bearing down on the view –

Is silencing wind and thought to – this –

The plumes on the breast of a bird not softer

In fine, slow cadence hues of time and the distance

Rose and swam and dropped

The peak of Shutlingsloe was pale and silent

A fin in a pearly sea

Where slow foam rolls against

In fine, slow cadence hues of time and the distance

The plumes on the breast of a bird not softer 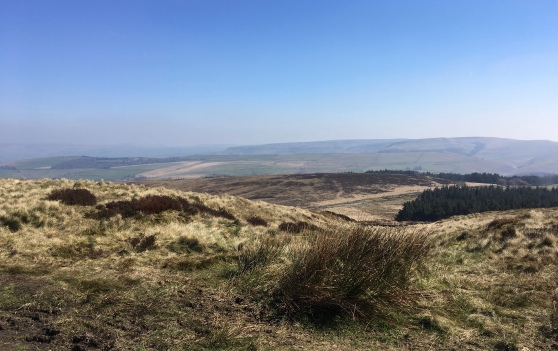 I will meet her up on the trembling heights,

Where the tawny grasses bend their heads

And my coat can feel every tug and die of the wind.

I can see the wind in grass below,

I can see the wind in the clouds above –

That fast are hurrying by, and seem

As if, reaching out, I could touch their changing shapes,

Where the dark of the moorland seems to end

As if t’were the edge of the world.

I can see the wind in the grass below

I can see the wind in the clouds above

But when I reach the highest point

Where glory spins out in a line of hills

At first the closer ring of brown

Where the shadows of the clouds go floating past

And behind them the swelling shapes of blue

I can feel the wind, as true wind feels,

Not a some mere element, that takes

Your bonnet and flurries your hair

In your ears and your eyes and your mouth and thus,

In your soul. It’s guarding that highest point

Of the moor, that none may venture near.

Still in the silent winter sun they rise

And sink – eternal as the waves they stand

These gem-wrought pictures of a dreamland

Too solid now, to vanish as they came

Though the sky they touch is deeper blue

And the smooth snow softer than I ever knew

Except with close-closed eyes and roaming soul. 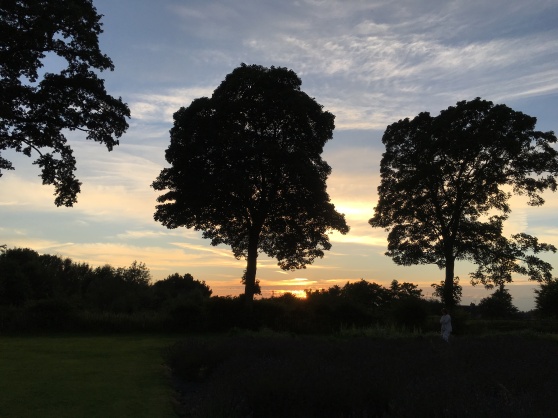 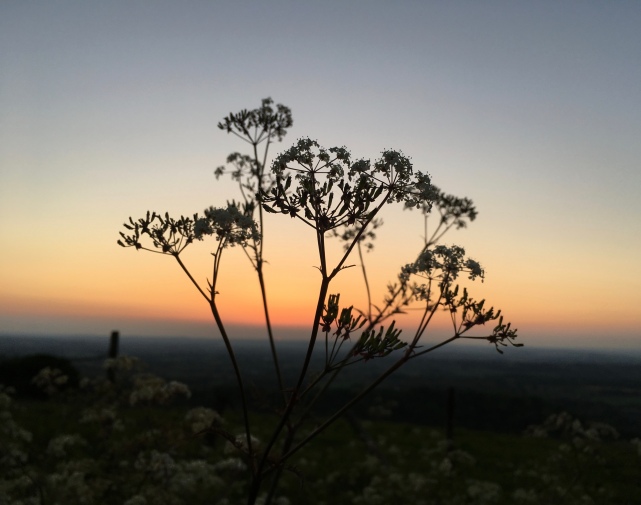 Memories long past will swim in with the sunset

In red and in gold on the rooftops

Drifting as soft as the down on the river

Folding in yellow and dappling in purple

Gentled with time are the clouds like May blossom

High, far above in the faded pale fresco

There is the dying of colours of sunset

Robe of the goddess is faded from purple

Slipping and slipping away is the river.

Slipping, slipping away is the river

Passing the fields and the hills in the fresco

Surface is dappling with yellow and purple

Flowing like gold in the shine of the sunset

Lighting a path to the sky through the rooftops

Over the field where we gathered may blossom.

A Day Years Ago

Falling so softly and white the may blossom

Seconds suspended – they dropped in the river.

Rising above in sunset the rooftops.

Made our way homeward through hills in the fresco

Closed all the shutters ‘gainst light of the sunset

Letting it fall on the rooftop in purple.

Folding in yellow and dappling in purple

Gentled with being are the clouds like May blossom

Memories now here have swam in with the sunset

Drifting as soft as the down on the river

In red and in gold on the rooftops.

Pink-tinged and soft the pale dawn o’re the rooftops

Glints through young leaves with veins of dim purple

Colours as clean and as fresh as may blossom

Brightened and new are the colours in fresco

Years long ago they were painted at sunset

Colours brought back to us now by the river.

Rooftops pile high with the softs of may blossom

Red, gold and purple brought back by the river

Fresh in the fresco the colours of sunset. 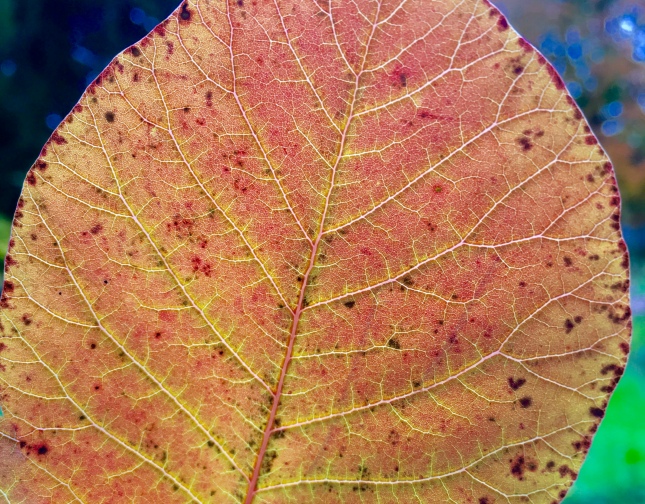 I chased her round the old mill

And down the rolling hill

And up and over the steep green bank –

And leaped a fence or two

She stepped as light as the wind blew

Her laughter rang to the sky, and she left

Me to catch my breath while her hair

Shimmered-off into sunlight, and her eyes 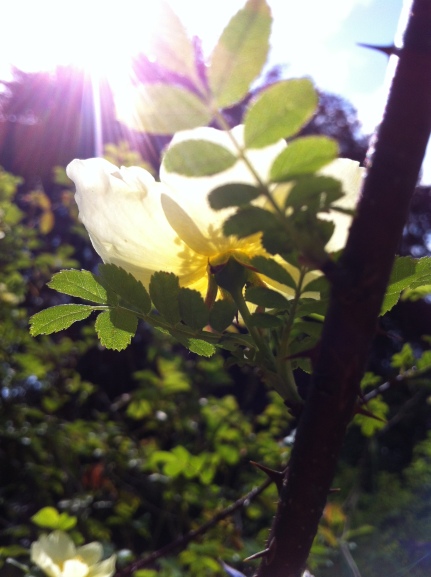 You made a tiny flit of life

In branches just above me – green

As forest moss your wing – your keen

Black eye was shyly watching me –

And teeny feet were hooked about

The spindly silvery twig. With doubt

Your trembling beak explored a leaf

And lightly let it fall upon my foot.

And on your head a brushstroke blaze

Of yellow-gold. Your tiny tail

Is gone among the catkins pale.

The Woods in March

With softness lest the slightest stir you make

And all the golden sleeping woodland wake

No twig – be quiet and kick no stone.” Said she

So with most scrupulous care went we

And passed around a slender smooth-barked tree.

We saw two kinds of catkins lately out

The pussy willow, grey with her soft, soft touch

And hazel too before we turned about –

And they were cleanly yellow green. So much

Of beauty in that little wood

Were she and I stood. 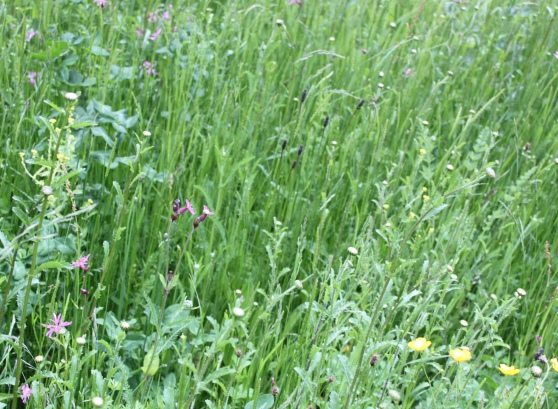 All things that dance

And the dance of the golden daffodil

All the bare green hills with light to fill

And the dance of the poplars that sway in wind

And the leaves that in little flurries spin

And the dance of the swan as the day draws late

And the dance of the drops on the windowpane

And the dance of the waves in their sparkling glee

And the dance of my heart these things to see. 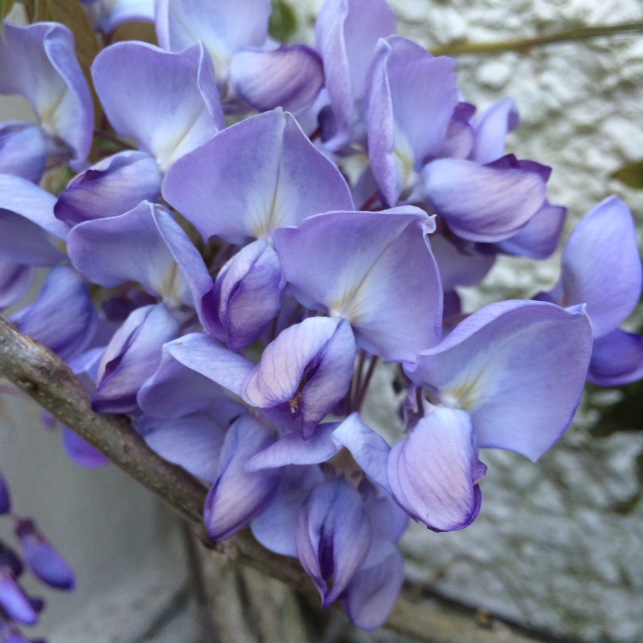 Sighting a Tawny Owl in the garden at dusk

Beneath the strung air

That whistled past the swing

Around the grey branches

And swayed into a glide

In emptiness – then swept 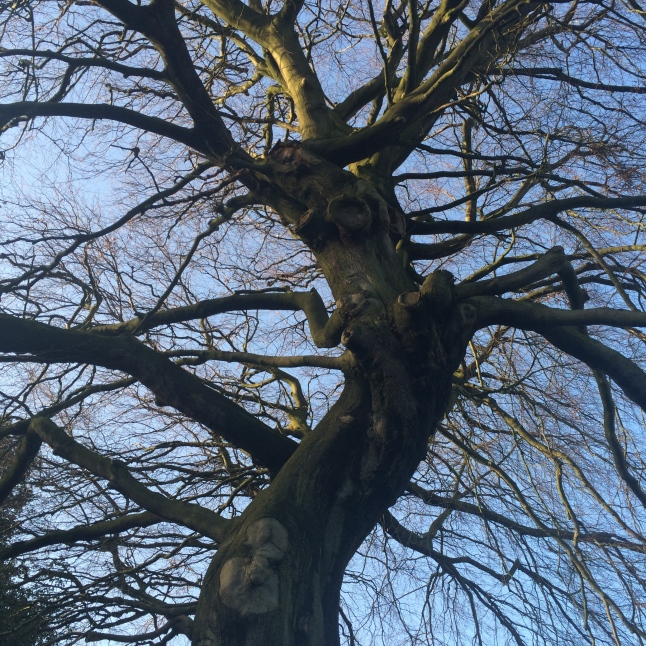 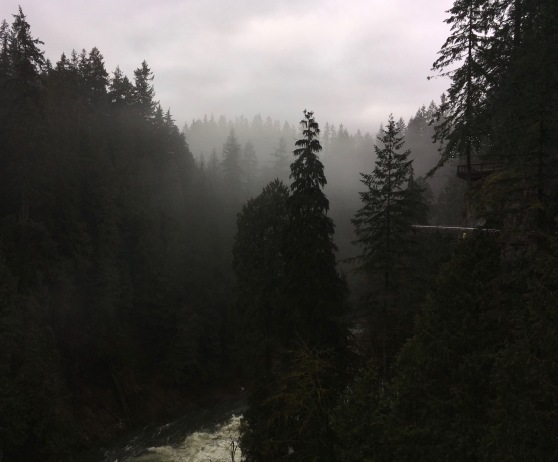 Let me have it

Let me have it, that something I never can reach –

Let me dance in those poppies that scatter the sky!

Let me drift on those wisps of velvety peach!

Let me slide down those beams of dusty sunshine!

Let me sit on that pale arching curve of a moon!

Let me gather those stars, behind prickling pine –

And wear them on a necklace that forever I’ll keep.

And, for a pendant, what most I should like,

Is one of those bright embers, when the fire falls asleep.

Why always so high, so far out of reach –

You taunting great velvety dome of a sky?

If closer you came, I might crawl through that breach,

That fiery crack in the pearly enamel

When the hot sun sinks over a silvery sea.

And what should I find, pass’d through that red channel?

Might I slip out of the atmosphere, and down

Let me go with the wind to rustle the tree’s green gown.

Why, Nature, so allusive, so flitting and shy,

Like the soft butterfly, who flees as I near?

On some big water-lily pad let me lie

And down the quiet stream go a-floating far.

Make the clouds my kingdom, hedge, tree and all,

With a palace, all shimmering with light from the stars.

On the crest of a wave let me ride away!

Forever let me lie on a bed of rich moss,

Let me dress in the sky at the dawn of the day,

And at Nature’s bosom I ever will stay. 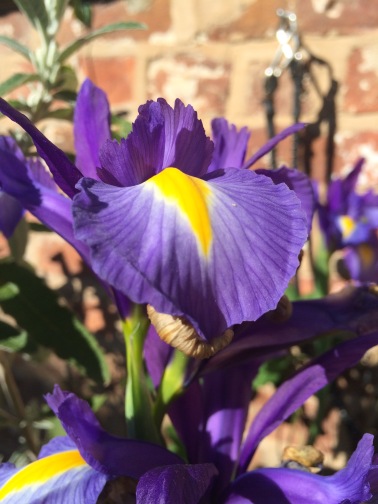 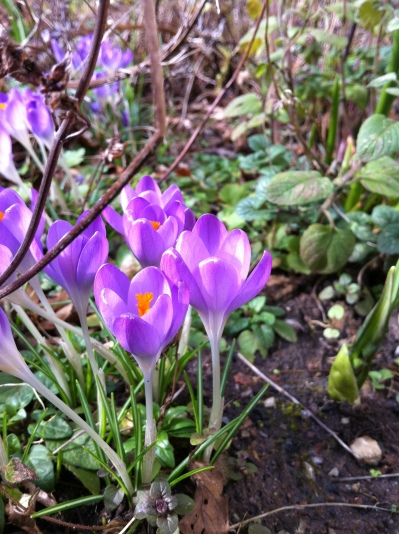 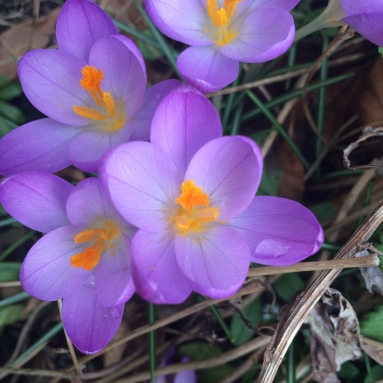 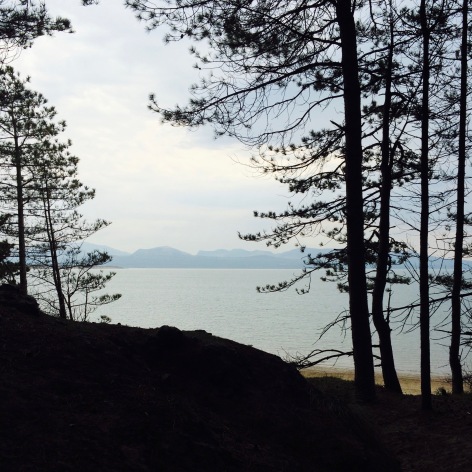 Dusk Silvered (This photo always reminds me of Tennyson’s Oenone –
‘Aloft the mountain lawn was dewy-dark,
And dewy-dark aloft the mountain pine …
… one silvery cloud
Had lost his way between the piney sides …
My tall dark pines, that plumed the craggy ledge
High over the blue gorge …’)

4 thoughts on “My Poems and Photos”