While I am working on the present posts, I thought I would publish this one, written a while ago, which I forgot about.

Here is another entry with raptures on the garden in it!

When I drew up the blinds yesterday morning, I looked out upon a garden bright with Spring and bathed in sunshine. It made the garden look glowing and green, and it shone upon the rough bare trunk of my friend the Copper Beech. 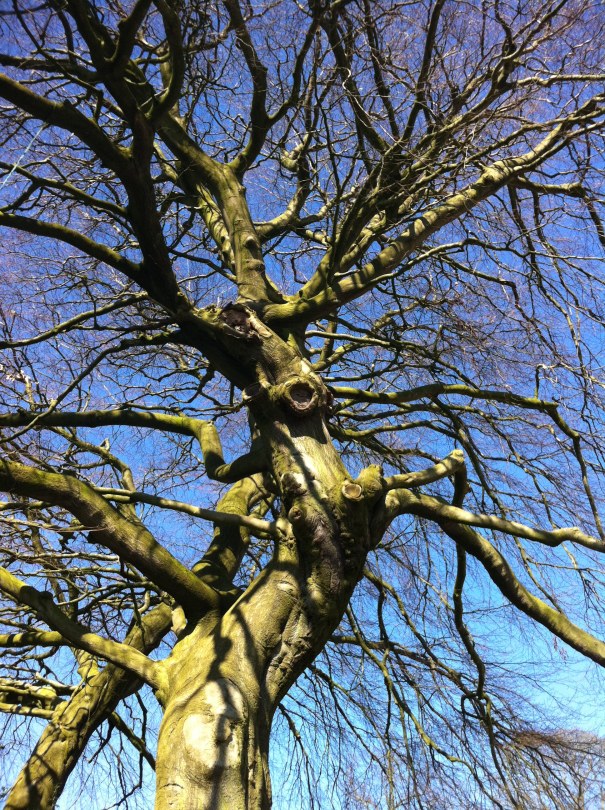 Mum suggested that Tassy and I take some snacks out into the garden and breakfast outside. She made us some toast spread with peppery tasting cheese, some little packs of nuts, fruit, seeds and sweets, and a large jar of hot rooibos. To celebrate the warm wether, I wore one of two summer dresses made out of a thin, silky materiel covered with a flowery print, and very pretty, which I had got for christmas.

The morning air was cool and fresh. It smelt of deep, rich, damp soil, of fresh green things, of shade and sunlight, of the early morning – and of something else, too, something more difficult to describe – it smelt, almost, of memory. At least, it brought back memories; memories of a hundred other days, other springs. My dress fluttered in the wind as I ran down the path to the lawn, and sudden splash of golden sunlight would fall sometimes upon me, for the path was in dappled shade. There was a light and joyous feeling in me as I stepped off the half-shaded path into the bright light that shone upon the happy lawn – I feel I will remember that moment for ever after. Tassy came skipping along behind like a mischievous little pixie. 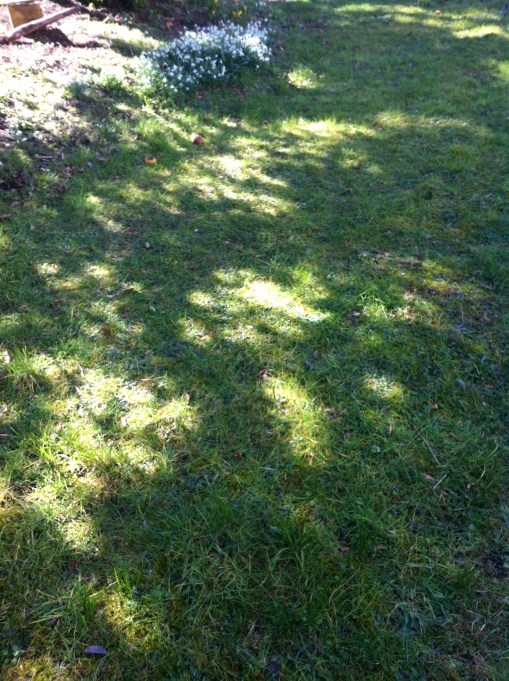 I chose our picnic spot carefully, settling at last upon a dry, springy patch of moss in one corner of the lawn, in full view of some beautiful golden daffodils nodding their heads in the soft breeze, and backed by a rhododendron bush. There is a certain trick of the light that happens sometimes when you stand in the right place looking at a patch of moss in bright sun – it seems almost to glow. This had happened with the patch I chose, and I took it as a sign from Spring that is was there we should eat our breakfast. Tass thoroughly approved, though he did say he would rather it a little nearer the daffodils. I persuaded him we could see them very well from here, and we sat down and began the feast.

We then scoured the garden for herbs, and laid out on the cheese a selection of hawthorn, salad burnet, garlic, sweet cicely, lovage, and sorrel.

When we were about half-way through, I suggested that we lay on our backs and just listened and dreamed, and enjoyed ourselves. So we lay down side-by-side and did just that, though Tassy was too restless to do it for long, and after a moment he was after some more dried fruit from the packs. 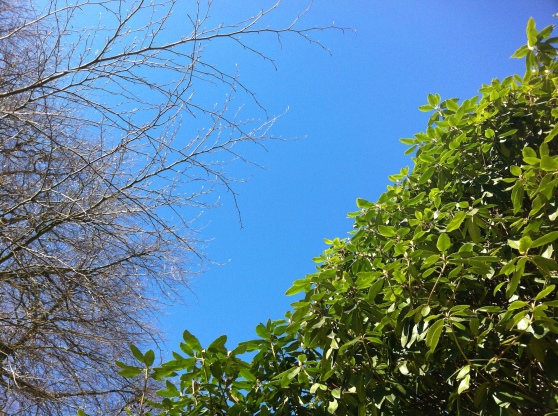 As I lay upon the warm moss, I could hear the wind as it rustled in the branches of the great beech above me, and the songs of the birds about me. The sunlight flowed in through my half closed lids, giving the impression of a waterfall of shining light. It made me think of the lines from Margaret ‘What lit your eyes with tearful power, like moonlight on a falling shower?……. A tearful grace, as though you stood between the rainbow and the sun.’ And of another Tennyson line too,’The maiden spring upon the plain, came in a sunlit fall of rain’. The feeling of the sunlight rushing down onto my face, and the gentle wind sweeping past me, gave me such a feeling of unutterable delight, that I felt as if I might have been lying in the Elysian Fields. I could almost imagine the sweet singing of the birds turned to the playing of a harp – and I felt, at that moment, that this was the happiest moment of my life, for it was then, I felt, that I felt the touch of nature in all her loveliness. And I pity all those, who, sitting in a darkened room watching their televisions, while Spring calls to them in vain outside, may never feel that joy. And in this world of computers and cities, there are too many who will not.

6 thoughts on “Breakfasting in the company of Spring”